If you are a fur products manufacturer, they’re your another “hands”

7 Characteristics That You Should Know to Identify Fur Quality

If you are a fur products manufacturer, they’re your another “hands” 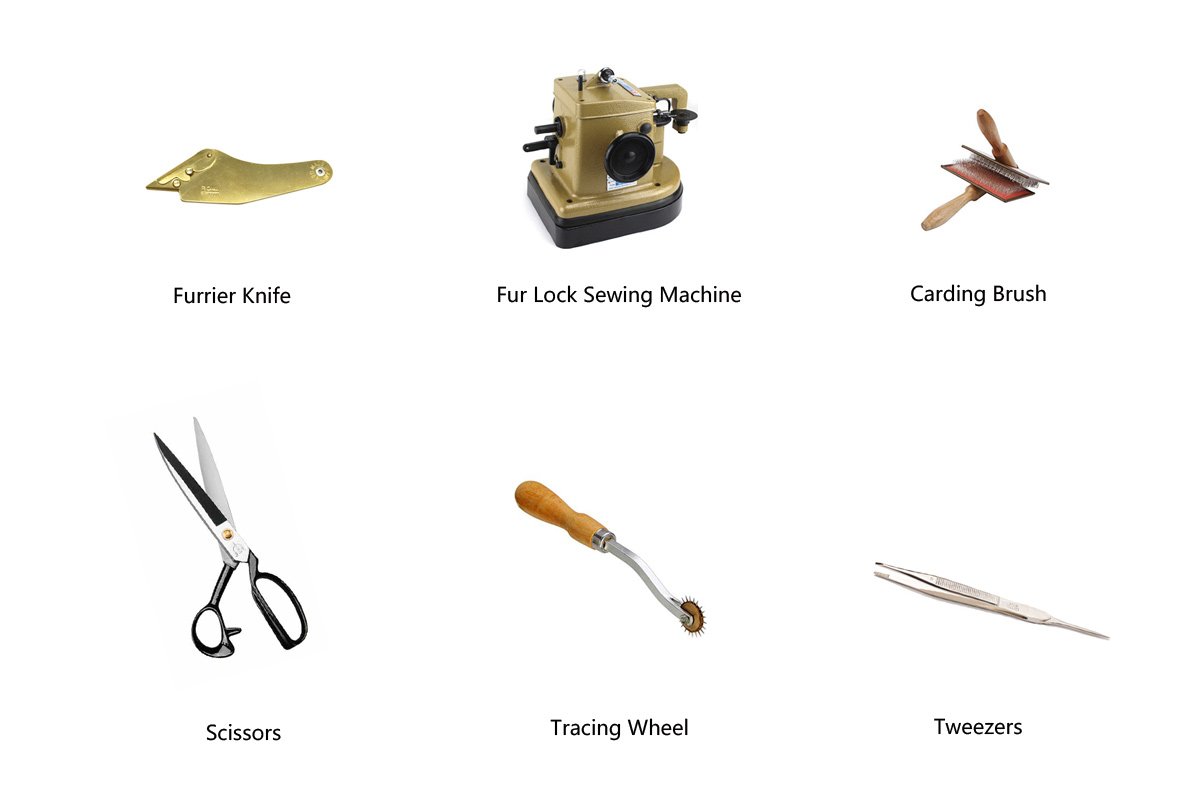 Nail guns and romi furrier pliers are auxiliary tools in the process of shaping the skin. They are used to nail the fur skin to the nail board.

The fur skin is naturally air-dried, shaped, and then all nails are removed with nail pullers.

The knives are tailor-made tools for cutting fur, for the cutting of whole skins or strips, and for trimming fur according to random shapes.

Commonly used in Europe and the United States is a lightweight metal knife that can be replaced with a blade.

Its shape is designed according to the way of hand grip and the special needs of fur cutting. The rounded tail can be used to mark on the fur board, and to make the stitched fur board flat.

The traditional Chinese knives are similar in shape to the axe. The blade is in a fan shape. The tail is a thick rectangle. No matter which type of knives are used, it must be cut from the inside of the fur, so that it is not easy to damage the pile layer.

The opener is a machine that cuts the entire fur into fine strips, which is used for the cutting of specific strips of the knife, with cutting widths ranging from 3 to 10 mm.

Be careful not to cut the fur strip completely when cutting. This will be helpful to keep the order and orientation of the fur strips when splicing.

The fur lock sewing machine is also called a single-line lock sewing machine, commonly known as a suede machine. The needle of the fur lock sewing machine is placed laterally above the two chain rings. The two fur faces are placed in the two toothed discs from the left side. Under the control of the electric pedal, the needle bar takes the line. The hook thread is hooked, the toothed disc is fed, and the fur is moved to the right side, and the needles of the two layers of fur are sewn together by the needle. This special ferrule will not damage the plush, and there is no suture on the plush surface. After the sewing is completed, using the tail of the tweezers to gently scrape the suture of the leather board, then you will get a flattened fur.

The industrial sewing machine is the most basic sewing equipment for garment production. The stitches are neat and beautiful, flat and firm.

In the production of fur garments, industrial sewing machines are often used for sewing linings and rags, as well as for sewing parts such as sleeves, sills, and pockets of fur garments to enhance the fastness.

Many types of brushes are used in the production of fur garments.

The picture shows a steel brush that is most commonly used in the production of fur garments. Before the fur is sewn, it is used to smooth the plush to check the length, colors and directions of the hair if they are consistent; during the fur sewing process,it is used to the matte finish for the stitching part and the finishing process after the garment is formed.

Razor used to shave excess hair on the fur surface. For example, when using a flat sewing machine to sew a leather-to-skin garment that leather side faces outward, it is necessary to shave the plush of the seam before sewing, and the leather surface after stitching will have a light and flat effect.

The tracing wheel is used to mark the skin from the hair side to the fur board side.

For example, the center line of the fur back that is marked on the leather board, the rough surface that needs to be repaired, and the fur color boundary area.

The tweezers are a tool that is often used during fur stitching and they are about 15 cm long, made by stainless steel.