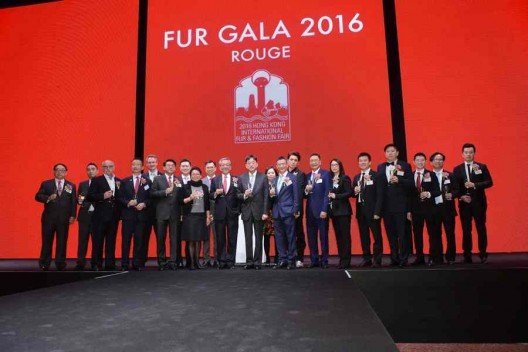 The 2016 Hong Kong International Fur and Fashion Fair drew to a close on 28 February with its world leader position as the largest global fur trading platform retained. The fair concluded with US$70 million generated in confirmed orders, anticipated to rise to a total of US$132 million. The fair witnessed a shift in the fur market, this year mainland China has been the strongest market. Product popularity has shifted to favor a more diversified product range to reach more consumers, including menswear and trim items.

A shift has also taken place in the types of fur being sold. High-end materials, such as Chinchilla and Sable sales, have increased in percentage over those of Mink, a staple in the fur market. Fox has also become much more popular for its availability in the form of trim, seen especially in the American market. Mink retains its hold on the Chinese market, constituting 90% of fur sales. Four season designs have also seen a resurgence from fashions popular in the 50’s and 60’s, especially with products such as Lambskin, and combination garments pairing fur with cashmere or knitwear.

An increase in product diversity has also helped broaden the appeal of fur in global markets. Mr. Wong Yau Fai, Vice-Chairman of HKFF comments on the shift in men’s fur trends from cold-climate utility, into a more metropolitan fashion market. The shift will hopefully be able to attract younger men to fur and help expand the market. He attributes some of this shift to the saturation in the women’s market, due to 2016’s late winter. As his company launches menswear collection for the first time, Mr. Wong says that menswear has driven a focus on garment versatility and the response has been good.

The 2016 Hong Kong International Fur & Fashion Fair accommodated 720 exhibition booths, with 240 exhibitors from 13 countries showcasing fabulous products and exchanging innovative ideas. Renowned as the most important fur trade event in the world, the Fair this year attracted buyers from over 30 countries. The 4-day exhibition brought together market-leading furriers and fur buyers from all over the world and is recognized as the world’s largest fur trading platform.